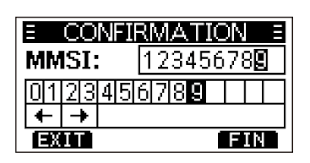 The Maritime Mobile Service Identity (MMSI) is a 9-digit code used in marine radio traffic to uniquely identify a radio station used on a ship, group of ships or on the coast.
For reasons of legibility it is normally detached into 3 groups of three digits. The first 3 digits make up the MID (Maritime Identification Digit) and identify the nationality which in the case of Italy is 247, for Poland it is 261. The remaining 6 digits are assigned by the competent authority. In the case of coastal stations the MID is moved after the first 2 digits, for example the MMSI of the Roma Radio station is 002470001.
This number is inserted in the EPIRB and AIS devices, and in the VHF/HF/MF transceiver devices to enable the digital selective calling (DSC) functions which makes available four classes of calls: distress, urgency, safety, routine.
The name is linked to the fact that the call is digital and can be addressed specifically to a single receiving station.
Calls made using the MMSI , being codified, eliminate the difficulty of vocal communication between subjects of different languages.
The use of EPIRB or AIS is also permitted with only the Limited Certificate of Radiotelephone operator for ships (RTF) with and without exams, as their use does not require knowledge of GMDSS. The MMSI identifier must always be communicated during a distress call via VHF.

Who must have the MMSI?

What devices use the MMSI code?

DSC: what you need to use it
To use a device equipped with the DSC system, it is necessary that someone on board holds a valid and internationally recognized certificate, according to the type of navigation carried out; we analyze below the provisions of the Italian and Polish regulations.

Maritime sector
To use DSC equipment, GMDSS operators must have one of the following radio certificates:

Pleasure
DSC is not yet mandatory on pleasure craft even if by now all new generation fixed VHF devices have the functionality. If you want to activate DSC on pleasure craft with the Italian flag, you must request the assignment of the relative MMSI and it is therefore necessary acquire the SRC certificate, the simplest title to obtain, which however requires an exam that is currently sustainable in Rome, at the offices of the Telecommunications Department.

If the boat is registered in the Polish register, an international certificate is issued upon request, which allows the use of the DSC with the issue of an MMSI identifier dedicated to the boat.
Exams are not necessary but a ship radio operator certificate is sufficient, such as the one issued in Italy by the territorial inspectorates of the Ministry of Economic Development:
https://ispettorati.mise.gov.it/index.php/ispettorati

This is the form to request it from the MISE:
https://ispettorati.mise.gov.it/images/documenti/rtf_v15.pdf 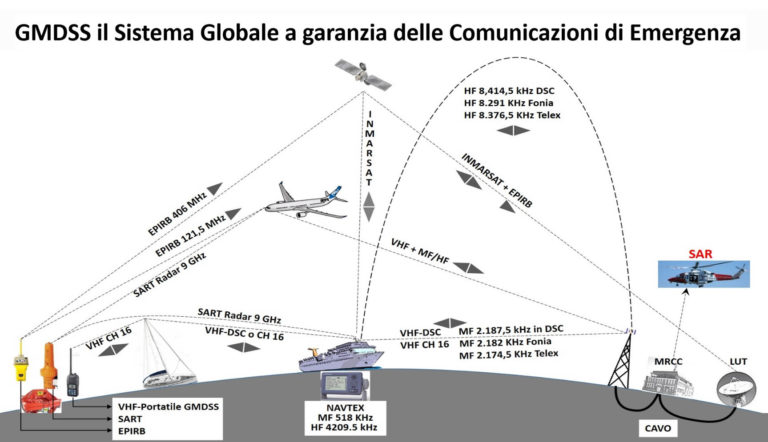 The global maritime distress and safety system (SMSSM), also known internationally by the acronym GMDSS (from the English Global Maritime Distress Safety System), is a radio communications system with global coverage designed for maritime safety, but which also integrates telecommunications functions, and allows you to send and receive messages in real time.

The system was conceived in 1992 and was made compulsory from 1 February 1995 for newly built ships and from 1 February 1999 for existing ones. Starting from this period, all passenger ships and only cargo ships having a GT greater than or equal to 300 both carrying out international navigation, and in any case belonging to a signatory country of the international convention "SOLAS 74", had to equip themselves with equipment of this system . Subsequently, the obligation was extended to all passenger ships navigating nationally, to all fishing vessels with a length equal to or greater than 24 metres, to all high-speed vessels (HSC) as well as to yachts registered in international registers, all belonging to countries of the European community.

This system was to be adopted and twinned to the Radio Telegraph Officers upgraded to the new system but was then introduced into the duties of the Deck Officers. Today this system is complete all over the world, except for some countries that still transmit in Morse code, as each country can freely decide what to do with its own radiocommunication technologies.

Zones
All the seas and oceans of the world have been divided into 4 zones, called Maritime Areas: